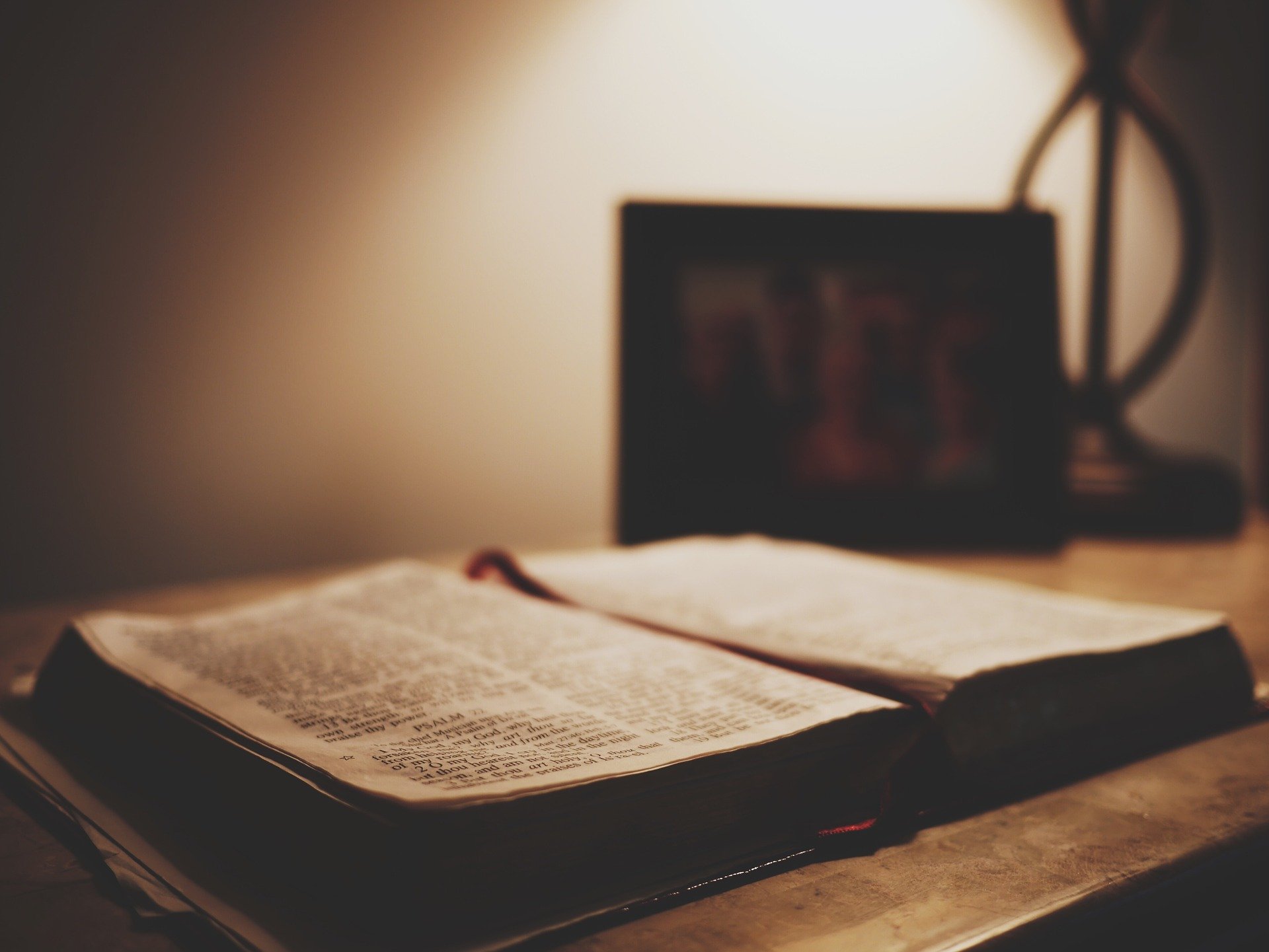 The following remarks were delivered by Executive Director, Jennifer Copeland, on Sunday, January 12 at Binkley Baptist Church in Chapel Hill focusing on Isaiah 42:1-9.

What are the images that come to mind when you hear Isaiah announce God’s justice? If you’re like me, it might conjure up pictures of:

These images are not too threatening to our faith partners in the public square. Who can really argue against feeding children? Those who do complain about public assistance still help stock their local food pantries, sometimes grumbling that we wouldn’t have to feed hungry children if their parents worked harder. Of course, that’s a-whole-nother problem about hard work and fair pay; but, at least no one argues against feeding hungry children.

There are other more provocative visions of justice that also come to my mind. I think of the notion of women having control over their bodies and couples having control over their sex lives. With those, some would say, I am beginning to wad into areas where our Christian convictions start to diverge. And with divergence we begin to see the cracks in Christian unity. We do all read the same Bible, but some of us hear different parts of it more loudly than some of us hear other parts. And sometimes, we interpret the same parts very differently.

Let me give you an example. When people first told me the Bible does not support abortion, I thought, “Well, of course not. The word had not been invented when the various parts of the Bible were written down.” But when they continued on telling me that it did support anti-abortion, I asked for the specifics, because the word had not been invented when the Bible was written down. They offered a few verses from Leviticus and Numbers, the story from Luke about pregnant Elizabeth greeting pregnant Mary. I’m sure my face showed utter confusion. I had never heard such a thing. I thought, isn’t abortion a medical procedure? Shouldn’t I be having that conversation with my doctor?

I was about 26 when this happened, attending a meeting in S.C. organized by a group called, Clergy for Choice. This was 1989. Seems there was a bill percolating in the S.C. General Assembly to stop allowing abortions in public hospitals, or some such thing. The organizers of Clergy for Choice were trying to get faith leaders together from across the state to plan strategy to stop this bill. That was probably also my first real taste of faith in the public square and I’ve been addicted ever since. We did the usual things, wrote op-eds and letters to the editor, selected folks who could testify at legislative committee meetings and on the floor of the Assembly, if it got that far. It didn’t. Not that time anyway. But for my money, the most important thing I learned in those meetings was how scripture could be used to promote an anti-abortion agenda. How what I thought was medicine was now being repackaged as theology.

I grew up in a fairly progressive Methodist church; I studied at a seminary that taught historical critical interpretation of scripture and narrative theology. So, this twisting of scripture for one’s own purposes—however noble one might believe those purposes to be—was a new idea for me, a troubling idea, quite frankly. Putting words in the mouth of the Lord? By now you should all be chuckling at my sheltered life and youthful naiveté.

Later on when I went back to school again, I learned about interpretive communities and reader response and meaning-making systems, all of which helped me understand better that even my own interpretation of scripture and justice are constructed within my own Sitz im Leben—my own setting in life. Had I grown up in the conservative-moving-toward-fundamentalist Baptist Church where the other half of my high school classmates worshipped, I might have never gone to that meeting organized by Clergy for Choice. In fact, I wouldn’t even be clergy because the followers of that fundamentalist strain, as you well know here at Binkley, ruled out the ordination of women.

Of course, I could have grown up in one theological tradition and changed horses somewhere in the middle of the stream that would put me in a different theological tradition. Plenty of people do, but I didn’t have to go through all that by luck of birth. My parents are Methodist and my grandparents were Methodists and even my great-grandparents. Though, we now know that Methodism just wrestles with different demons. We’re OK with the ordination of women, but not so much women who love women or men who love men. We’re having our own theological meltdown over that one, which will ultimately boil down to property and finances—how very capitalistic of us.

Still this notion of understanding the luck of birth and how my family and my church shaped so many of my opinions, helped me be more charitable toward people who interpret the Bible in what I consider to be dreadfully incorrect ways.

Of course, then I slipped into the arrogant notion that if they’d just read the books Iread or attend the lectures I attend, why if they would listen to MY sermons, then they’d understand oral tradition and contextual analysis, the canon within a canon that speaks consistently of God’ loving justice. They’d change their minds and think like I do.

Well, maybe not. I know some pretty well-educated people, as far as having multiple diplomas and lots of life experience contributes to education, and they interpret scripture in ways that I find as fantastic as the powers of kryptonite.

I have now come to understand the difference between using scripture and being formed by scripture, and the very, very thin line between the two. I now understand that a word like justice can mean a lot of different things depending on where we are when we hear it. And when we proclaim God’s justice we need to be very specific or else the listeners will fill in the image with their own ideas.

In the Second Commandment where God warns us against fashioning idols, I think part of God’s implication is to warn us about using the teachings of our faith to our own advantage rather than being formed by them for the benefit of the community. That’s the hard and humble work of being faithful. In the cacophony of voices all around us, it’s easy to turn to the experts without recognizing that the experts we chose to turn to will have a lot of bearing on the conclusions we reach.

Last summer on the 10 th anniversary of the minimum wage, I wrote a little piece on the parable of the laborers in the vineyard. The workers, you recall, were all paid at the end of the day, not on the basis of how many hours they worked, but on the basis of how much they needed to buy food for their families for that day. One denari, a living wage for one day in first century Palestine. Justice, right?

People sometimes post comments on our website about the things we write and this little piece generated a comment from a woman who accused me of “putting words in our Lord’s mouth.” To contradict my interpretation of justice, that we should raise the minimum wage to a living wage and pay people what they need like the owner of the vineyard, she quoted statistics from the Heritage Foundation that showed public assistance has not alleviated poverty. Besides the fact that welfare and wages are two different things, I do think there’s a healthy lesson to be learned from her example.

When we use statistics from either the Heritage Foundation or the Brookings Institute to support our read of scripture, we’ve got it backwards. I say early and often it is the work of the N.C. Council of Churches to refract the leading public issues of our day through the lens of faith. We start with scripture, regardless of interpretation distinctions. I may be naïve, though the older I get the less often I’m accused of that, but I do believe, if we start with scripture, we will more often come out in the places God intends. Contained in this book are guidelines for achieving justice. The Brookings Institute may have more ideas that I agree with personally than the Heritage Foundation, but that’s not where I ground my faith claims. Neither Brookings nor Heritage inform my interpretation of scripture. My interpretation of scripture informs my reading of Brookings and Heritage.

Today’s reading from Isaiah is a prime example of what justice can look like, and it’s nearly a polar opposite of what humanity’s been doing for most of our history and certainly an antithesis of behavior by the current arbiters of justice in our world. Here’s what justice looks like from God’s point of view.

This is good news for those of us who are feeling faint. I have a friend, slightly older than I am, who’s got more to look back on than forward to in his professional career. He lamented to me about a year ago that all the social justice issues he has devoted his life to advancing are worse now than they were when he began his ministry nearly 40 years ago. He named public education funding, criminal justice reform, and race relations as a few of the places he has tried to center his justice advocacy work. A glance at the front page of the newspaper confirms his malaise.

I suspect many of us feel the same way. We are not just tired, though we are certainly that, we are bruised, like the reed described by Isaiah. We’ve been working away at this justice thing for a long time, experiencing a bit of two steps forward and one step back, until lately when it seems like all we do is fall back, fall back.

This weariness that we feel is not lost on Isaiah, who offers the metaphor of the bruised reed as a reminder that God’s way is not to browbeat people into compliance even if the world around us seems to be run by bellicose bullies. This is also—and this is really important—a necessary and gentle reminder that we are not God. Justice is God’s to define and in many cases to deliver. Our task is to be faithful to that vision of justice.

Faithfulness involves bringing light into dark places. Faithfulness necessarily includes working to reform systems and make them more fair. Faithfulness means making sure no children go to bed hungry. These are all the things we do because we’ve heard an echo of God’s justice. We’ve heard God’s promise to us.

“New things,” God declares. “New things. Before they spring forth, I tell you of them.”